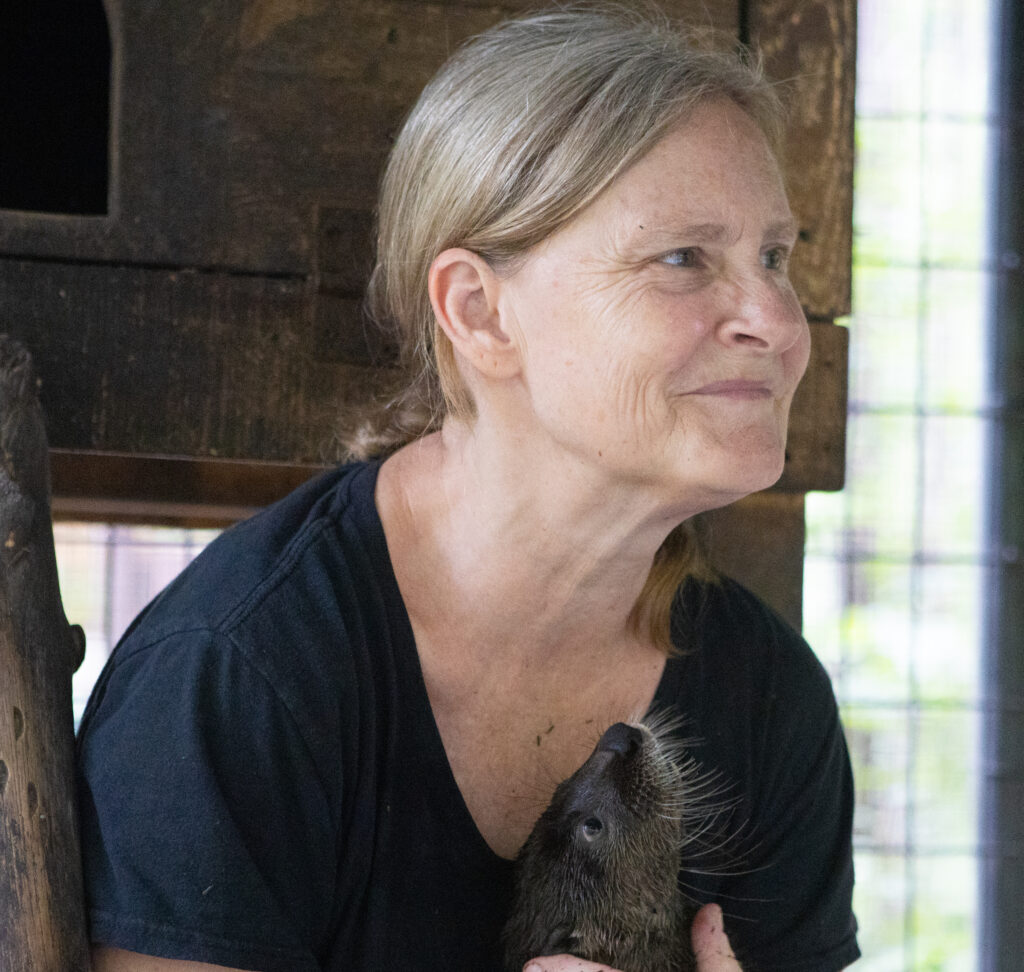 Jeanette and her husband, Dale, started their rescue adventure in March 2011 when she saved a newborn raccoon that had no where else to go. That raccoon is still with them 9 years later and is a permanent resident of the Sanctuary. His name is Fidget.

She and Dale grew up in a small town in New Hampshire. Dale’s family had a working farm while Jeanette had farm animal pets. There wasn’t an animal she didn’t want to try and catch. She would bring snakes, mice, frogs, goats, ducks and geese home. Their love for all animals has only grown stronger through the years. Wild Things Freedom Center began to take shape in June 2017 when they first started their rehabilitation of wildlife with just raccoons. Every year since they have added another species. They now have raccoons, opossum, grey squirrels, fox squirrels, flying Squirrels, otters, mink, grey foxes and red foxes, cottontail rabbits and whitetail deer. With lots of hard work done themselves, it has blossomed into a rescue for the local wildlife of Horry and Georgetown counties.